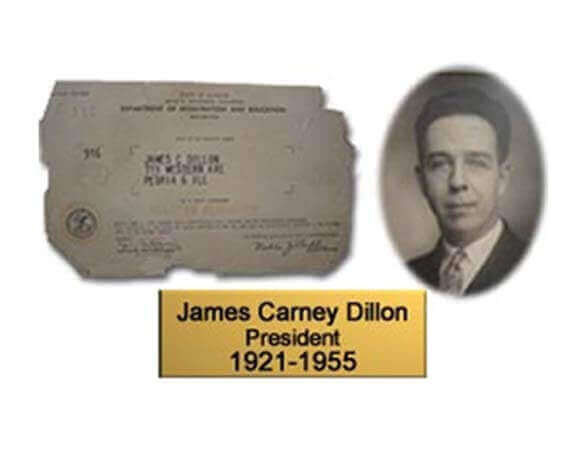 According to the Illinois River Valley Biographical Volume III, J.C. Dillon was known as one of the leading plumbing companies in Central Illinois. Throughout the years, James Carney Dillon dedicated most of his time and energy to the repair and remodeling business in addition to his role as a politician. Due to the passing of James Carney Dillon in 1955, James Leo Dillon proceeded to take the company to its next level. 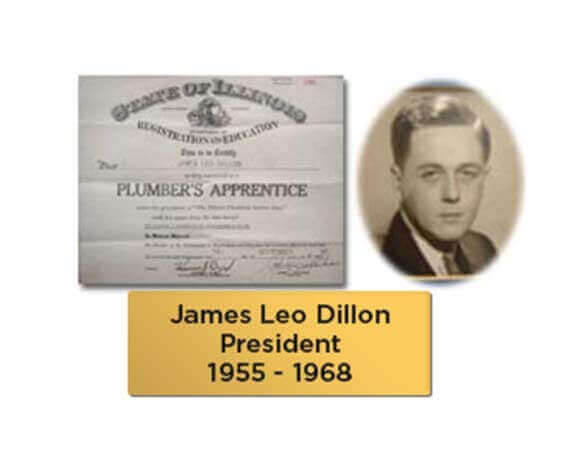 James Leo Dillon graduated from Bradley University with B.S Degree in Engineering on June 9th 1941. Before entering into the business in the 1950’s, James Leo had other interests. In 1955, James Leo Dillon took over the reigns of the plumbing repair and remodeling work, but decided to branch out and take on some small to medium size commercial projects. 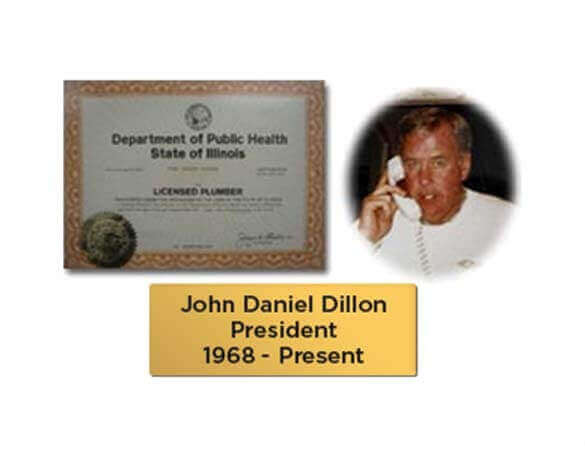 John Daniel Dillon carried on the family tradition at the age of twenty-two serving as a plumbing apprentice in 1967 prior to becoming President in 1968.John Dillon continued to stay dedicated to the repair, remodeling, and small/medium size commercial business. He established a new building and location at 1211 South Western Avenue in Peoria, Illinois. Concurrently, he developed other opportunities within the business by creating an excavating/trenching division.

As time evolved and space became limited at the 1211 South Western location, John Dillon decided that the company needed more space to grow and sought a new home for the company site which is now located at 1515 West Luthy Drive in Peoria, Illinois. Through hard work and perserverance by management and dedicated company employees the move was made possible in 1998.